Reminder: next League play day is this Sunday, 22 April, noon to 3pm at Elm Park. We’re going to slow things down in recognition of Slow Art Day. 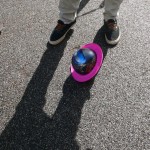 The breakthrough object for the game that would become “Saturnate” 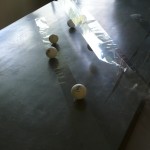 One stage of the game that would eventually become “Table Tiltish” 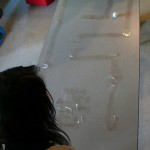 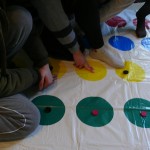 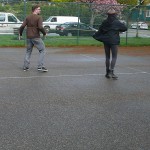 League is available to facilitate workshops on topics such as play and creative processes, strategy, collaboration, and team-building.

Here are some images from recent workshops exploring games and process, with the teen scholarship program from Arts Umbrella.

After an introduction to the notion of creative problem-solving as a kind of play and to the game-like structure of much artwork, the students embarked on game-design exercises involving existing games or conventional materials. The objective was to find some productive ground between convention and invention.

Of course there are other forms and patterns, and habits can be trained and changed. What are your own team’s habits?