Bean Race 2013 is now on in the field house yard. A meandering, but dramatic, race to new heights, the Bean Race is a test of patience and care.

Verena Kaminiarz and Cedric Bomford are Vancouver-based artists who garden when they can. Their Bean Tower, realized in the Skulpturenpark in Mitte (Berlin) in the bean growing season of 2010, inspired this contest. Kaminiarz and Bomford will be growing runner beans with seeds from the original Bean Tower.

The host of the race, League is an open group that gathers to play invented games and sports. We have no particular expertise at growing anything, and will be growing Scarlet Runner beans from the kids’ section of the hardware store.

Gropp’s Gallery Collective operate studios and residencies in their micro-Utopia off Main Street in Vancouver. They will be growing a variety of pole beans. 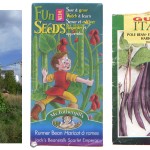 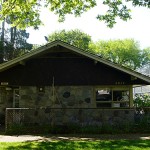 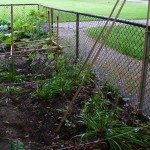 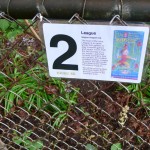 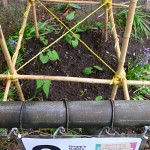 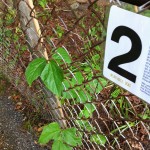 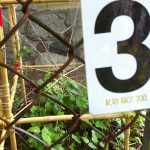 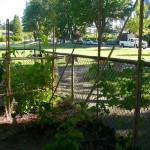 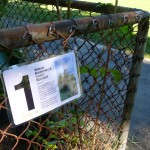 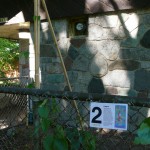 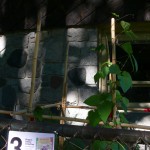 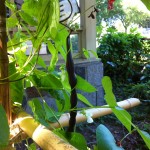 Does Team Gropp’s have a stranglehold on the race? 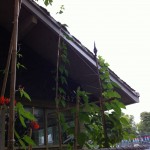 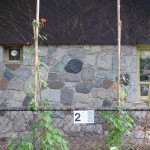 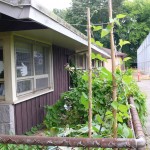 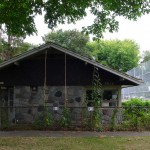 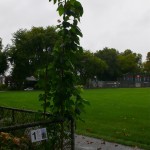 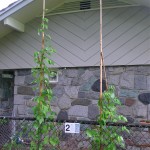 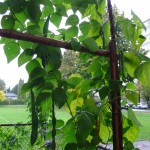 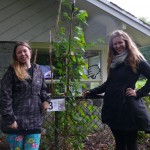 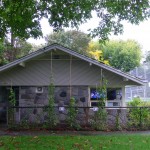 The finish: end of September 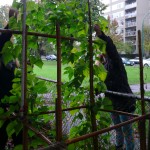 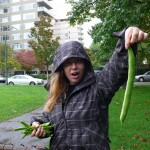 The longest bean, from the Kaminiarz/Bomford plot 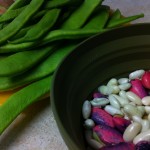 About the Bean Race

League plays with unexpected objects and spaces, pursues unconventional approaches to procedures, and tackles situations with both mind and body. One approach is to consider slowness, patience, and cultivation as a strategy.

The Bean Race is inspired by the Bean Tower built by artists Verena Kaminiarz and Cedric Bomford in the Skulpturenpark Berliner Mauer (Berlin Sculpture Park), which re-imagined an industrial structure such as Vladimir Tatlin’s “Monument to the Third International” as organic and pragmatic.