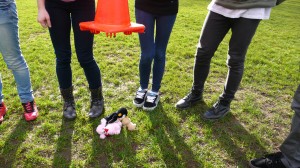 ecember is board game month at League. The challenge is to invent new board, card, or table games. We can either jam with existing game materials, play-test ideas that individuals bring, or invent new game equipment. The “League Home Edition” kit of parts is available to get ideas rolling.

Work/play in your own groups, or come to one of the open gatherings at the Elm Park field house:

Then come join us to play and for some seasonal festivities at at the grunt‘s  Early Winter Solstice Party on Thursday December 19.

League regular Matthew from Mushboo is leading a workshop on how to cultivate gourmet and medicinal mushrooms using regular kitchen items. This event is for those with an introductory level of knowledge about fungi and mushrooms.

“This FUSE brings the sociability of the artist to the forefront, as relationships are built and explored in a variety of site-specific, socially-charged practices that maintain unique relationships to human interaction.”

Watch for League’s participatory game-like scenarios outside and through the galleries, culminating in a session game invention in the fourth-floor gallery.

Sports Day in Canada is a national celebration of sport at all levels, from grassroots to high performance, and a change to celebrate the power of sport, build community, and facilitate active living.

For Sports Day in Canada, League’s regular monthly play date moves over to the nearby Kerrisdale Community Centre, to introduce new groups to our style of creative problem-solving through play.

December is board game month at League

The depths of winter is a time for board games. For the month of December League will be running a board-game invention challenge. Some groups will be lent the “League Home Edition” kit of board game parts (developed by League regular Ian), and challenged to come up with a new board game. We’ll gather to play all the new games at our regular League play day at the end of the month. Contact us if you want to borrow the kit, or get together with friends or colleagues to come up with your own. 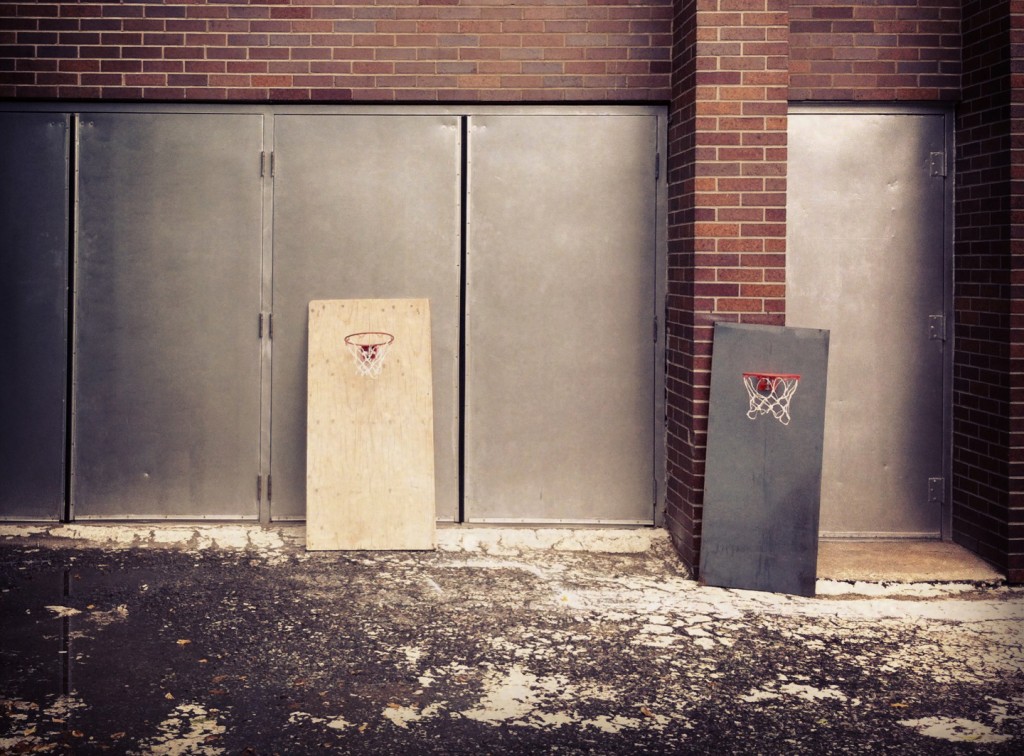 This weekend League focuses on urban games for groups, with two play events open to all.

Saturday 26 October we participate in Vancouver’s annual Culture + Community symposium, in which citizens, practitioners, and community leaders consider the impact of culture in the urban environment. League’s contribution will be to put action to thoughts, drawing participants out to the Great Northern Way campus for games that make use of that partially rebuilt industrial space. (In case of rain, we will be in the gym of St. Francis Xavier school, across the street.)

Sunday 27 October, our regular play day, we bring those games back to our Elm Park location. As usual, expect the games and equipment to continue to evolve.

League is a community-based art project that gathers people to invent games and play made-up sports as a practice of creative problem-solving, negotiation, and everyday performance. The games, equipment and space all change through play. Our gatherings, on the last Sunday of every month, are free and open to all; bring both body and mind. 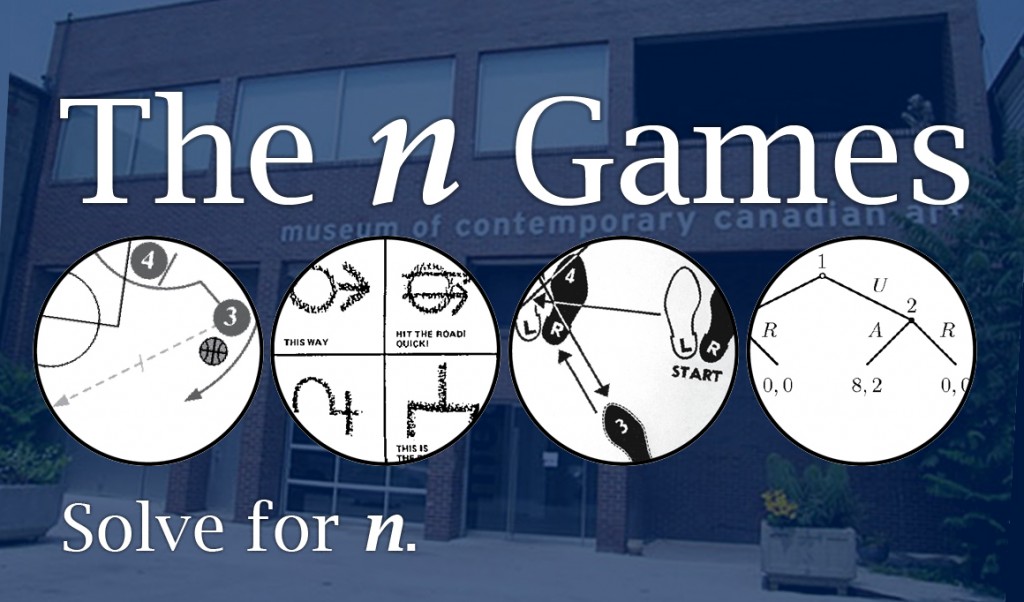 Harvest season: a time of abundance, and a time to reconnect with cycles of production and distribution.

Not all urban residents grow food, but we can still use our wits and local knowledge to obtain it. This League play day will end with a feast of locally-sourced food:  ingredients gathered, gleaned, foraged, or bartered-for during the day.

Foraging:  To participate in the food-gathering, meet at the Elm Park field house at 1:00 pm, when we’ll send out teams with maps of possible food sources. Bring your ideas for gleaning sites, as well as non-monetary items that might be useful to trade for food.

Feasting:  Later, from 5:00pm, we’ll reconvene to cook and feast on the urban harvest. All are welcome at either or both parts of the day.

The feast will also mark the end of Bean Race 2013, the meandering but dramatic contest that has been growing in the field house yard since springtime.

This play date is organized in collaboration with Alisha Hackinen, a roller-derby athlete and graduate student in Soil Sciences, and Bean Race contestants Gropp’s Gallery Collective, who operate art residencies and gardens in their micro-Utopia off Main Street.

League is an open group that gathers to play invented games and sports as a practice of creative problem-solving. Our events are free and open to everyone; just bring both body and mind. 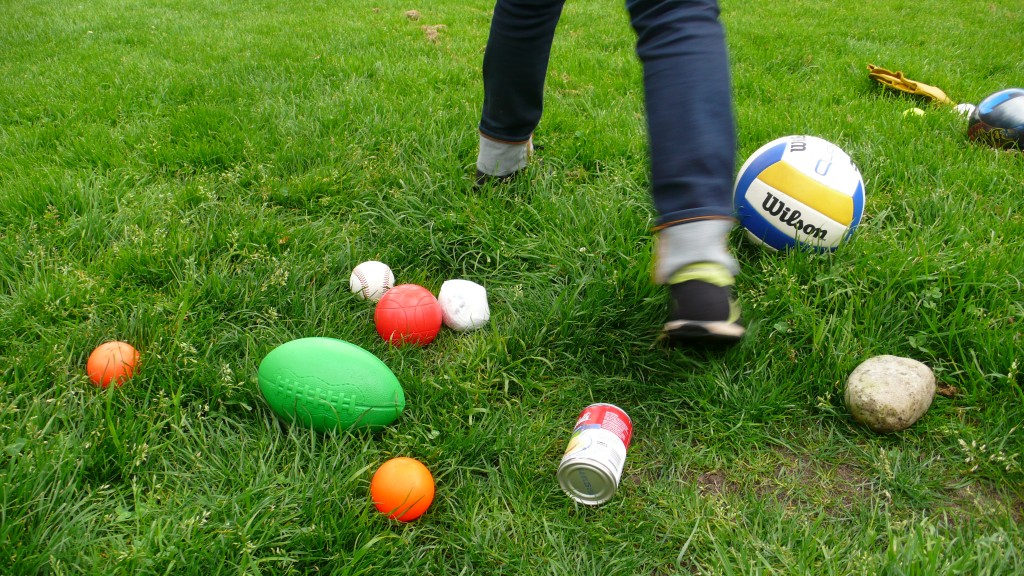 Saturday 24 August, 1-5 pm:  League is participating in the Brockton Sportsapalooza component of the city’s Celebrate! Stanley Park weekend. The sports fields at Brockton Oval in Stanley Park will host an extravaganza of local games and sports groups. League will represent with a couple of our evolving games.

Sunday 25 August, 12-3 pm:  The sports weekend continues at our usual Elm Park location. We will be field-testing and adjusting some of the games that might be played at the upcoming League-organized tournament of invented sports, The n Games.

Tuesday 24 September:  How To Kickstart workshop
Free but limited admission — get your ticket here beginning 26 August
Recently expanded to Canada, Kickstarter is a funding platform for creative projects. Join Kickstarter Art Program Director Stephanie Pereira for a primer on how to bring a Kickstarter project to life.

Late September:  Bean Race 2013 finish
Bean Race has been a slow race to new heights, ongoing in the field house yard since springtime. It’s almost time for a feast to celebrate the winning beans.

Upcoming 24 September: How To Kickstart 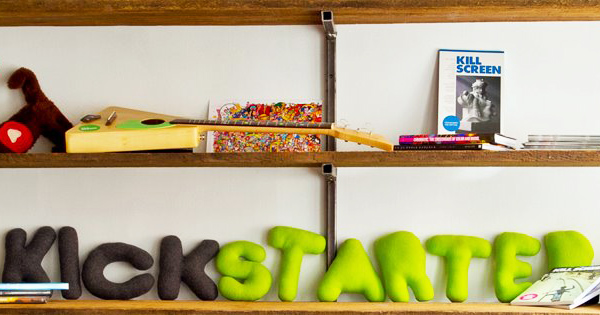 Recently expanded to Canada, Kickstarter is a funding platform for creative projects. Everything from films, games, and music to art, design, and technology. Kickstarter is full of ambitious, innovative, and imaginative projects that are brought to life through the direct support of others.

Join Kickstarter Art Program Director Stephanie Pereira for a primer on how to bring a Kickstarter project to life. We’ll take a look at some favourite projects from across the site and discuss how to structure an engaging campaign, what kind of rewards work best, how to spread the word about your project, and other helpful tips.

The workshop will be followed by one of League’s play events, in which participants modify and improvise games as a form of creative problem-solving. 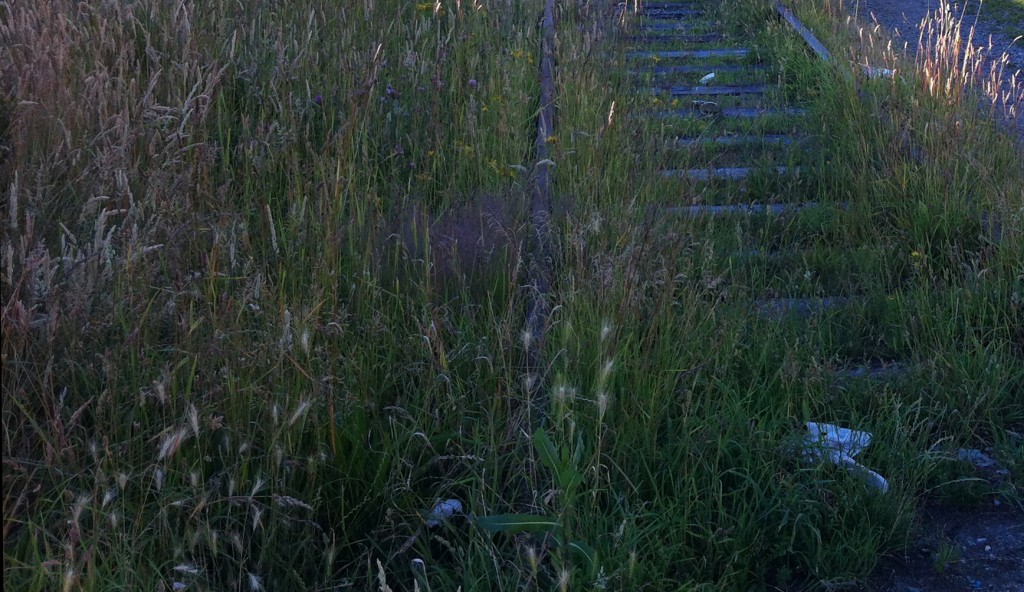 For the next League gathering, we will attempt different ways of pacing out, taking in, and exploring a unique urban space — the 11-km-long Arbutus rail corridor. The League challenge is to read a bit about the history below (or much more here), choose your tools, and find your own way to walk the line, with or without others in the group. How will you connect to the space? Will your expedition focus on length or duration, on the bodies of water that anchor the corridor, on the social histories the space embodies, on the things that might grow along the strip, on actions you could enact, or the objects you might find or bring?

When: Sunday 28 July 2013
Where:  Meet at the 1st and Fir Railway Garden at noon
Duration:  as long as it takes
Bring:  any tools you might need

Once upon a time a city gave itself away in order that a great railway might be induced to establish its terminus there.1

The Arbutus Corridor in Vancouver is an intact 11 km rail line running north-south between False Creek and the Fraser River. This 50-to-65-foot-wide strip of land condenses many of the histories and issues of land use in the city.

Part of the large parcel of provincial land granted in 1886 to the Canadian Pacific Railroad to induce the company to move its western terminus to Vancouver, it was used for freight and passenger service from 1902 to 1954, then freight only until 2001, when it was abandoned.2

As the CPR prepared to cease operations on the line, the City of Vancouver in 2000 developed an Official Development Plan for the land, protecting it from development and designating it as a multi-use transportation/greenway corridor. The validity of that plan was unsuccessfully challenged by CPR in the BC Court of Appeals.

The corridor passes through traditional First Nations territories: the Musqueam in the southern Fraser River portion, and the Squamish in the northern False Creek area. The northern end of the Arbutus Corridor was extended in 1886 as the CPR expropriated part of the Squamish Indian Reserve No. 6 (False Creek) in order to extend the rail line to English Bay. As directed by the courts in 2002, that portion has been returned to the reserve as it was no longer used for railway purposes. The False Creek Right-of-Way branching from the Arbutus Corridor was acquired by the city in 1996 after a small portion — where Starbucks now stands on 2nd Avenue under the Granville Bridge — was sold to a developer.

The corridor is now marked by growth of all kinds, ranging from several community gardens to overgrown brambles, while varying opinions and proposals about the fate of the strip continue to exist.