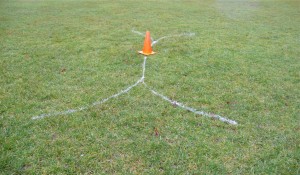 For Family Literacy Day we thought to develop games related to signs and signals. We began by talking about specialized languages of symbols (signs or images that have meaning by convention) such as hobo signs. We started discussing possible procedures in which a set of signs could change meaning. However, wanting to privilege active prototyping over debate, we decided that we would use the field-marking equipment and each lay out a simple design on the field, for which we would then attempt to invent procedures. 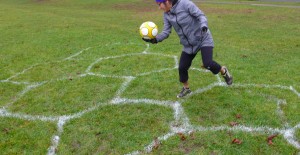 One of the designs was a pattern of hexagons, a layout often used in board and strategy games which allows equal movement in six directions from any tile.

Megan and Ian considered this pattern and emerged with a couple of games that were not only strategic, but also worked agility, accuracy and balance, turning a patten associated with puzzles into a physical exercise.

One involved a player and a ball, with the player moving across the field, with the basic rules that he and the ball could not be in the same hex at the same time, and that both player and ball had to be airborne while switching hexes. Therefore, it required simultaneously tossing the ball and hopping between hexes — an exercise requiring both agility and planning. A variant had two people in the field at the same time.

Another required tossing the ball and catching it in a designated tile, with more reward for greater distance. 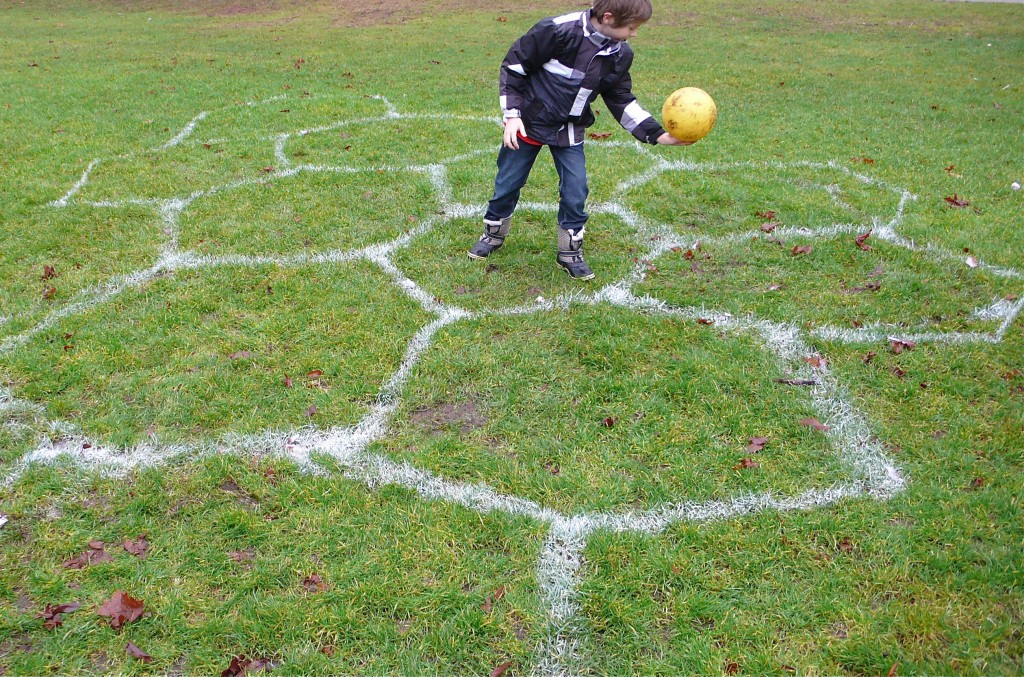 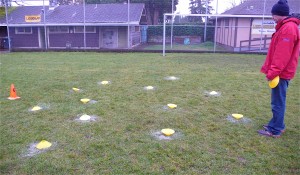 Another design was a random array of dots. We approached these as spots to be claimed, and thought of ways of gradually spreading across the field, with the possibility of the spots changing hands.

We landed upon using cones that could be tossed to land upon a dot to claim it. The cone would be placed up or down to indicate ownership. Each player tossed from the starting point or any spot she owned, onto an unclaimed spot to claim it, or onto her opponent’s to make it change hands. We added the possibility of rewarding higher-risk moves by allowing an extra toss for each spot one had to toss over, and having all the spots change hands over which one had successfully tossed. In this way, one could come from behind by making high risk moves.

Related to the board game Othello, this is a game that could easily scale up and into different settings using different materials. 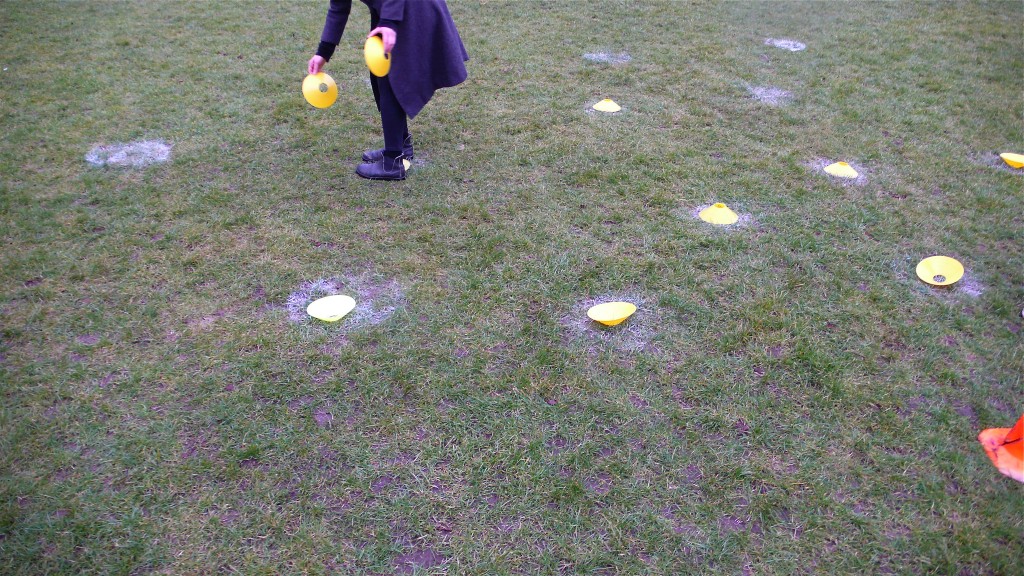 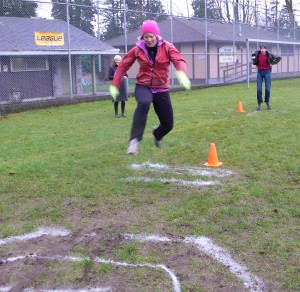 A final game we had time to demo was based on a design of concentric octagons. It used the octagons as a sort of target for a long jump game that required taking off from behind a mark and landing exactly in the narrow bands between lines.

All the adults with torn ACLs admitted to having attempted this one only half-heartedly. 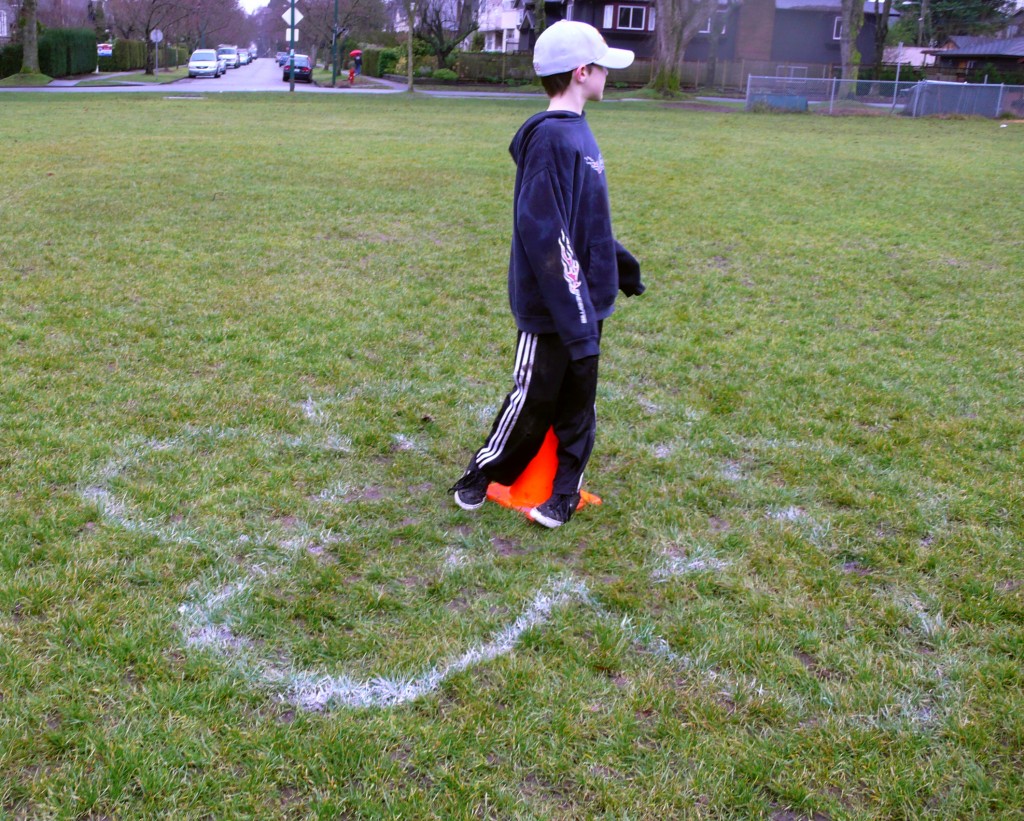