Notes from kickoff day, a rainy Sunday, October 14.
After realizing that the borrowed couch wouldn’t fit through the field house door, we strung up a tarp outdoors and tried three different activities: Couchie, Monkeying Around Training Program, and Massively Multi-Player Ping Pong. 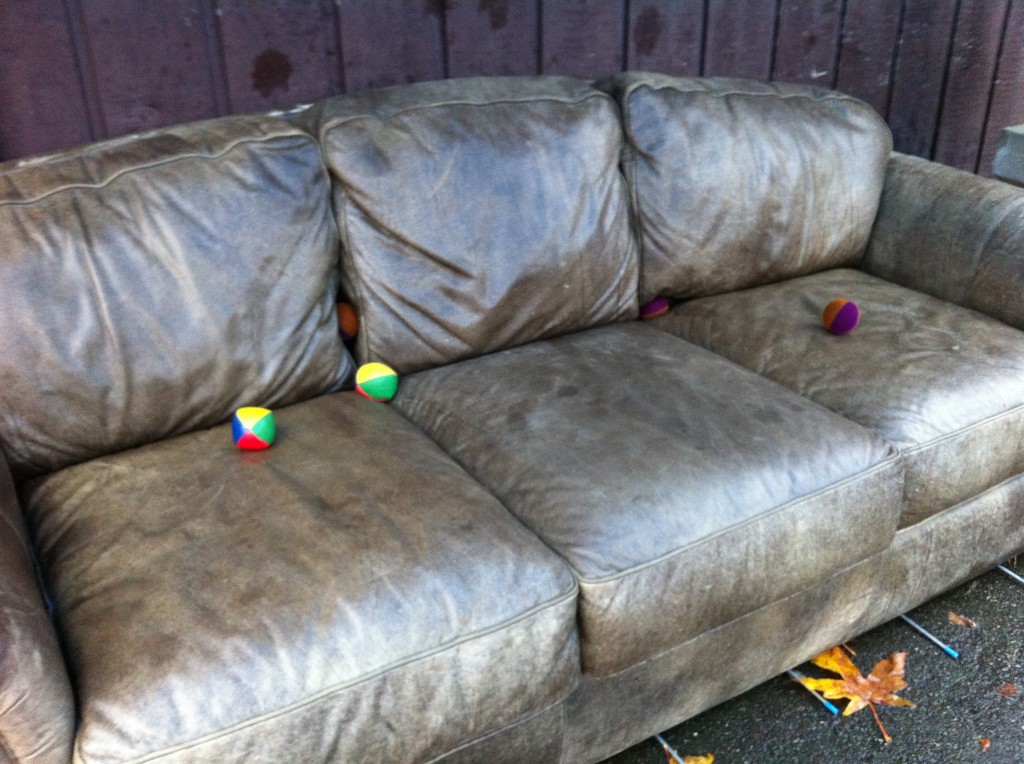 Cedric Bomford, Mike Love and Verena Kaminiarz introduced us to Couchie, a game invented in Cedric and Mike’s apartment in college years. 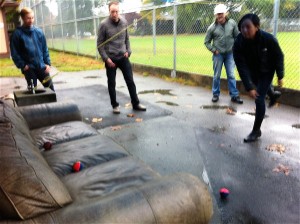 Players take turns hurling beanbag juggling balls into an overstuffed couch, attempting to lodge them in the cracks. Different cracks are worth different points, depending on the difficulty, with the small vertical crack between the front cushions worth the most. Points are lost for missing the couch completely or stepping over the line. First team to break 750 points wins. 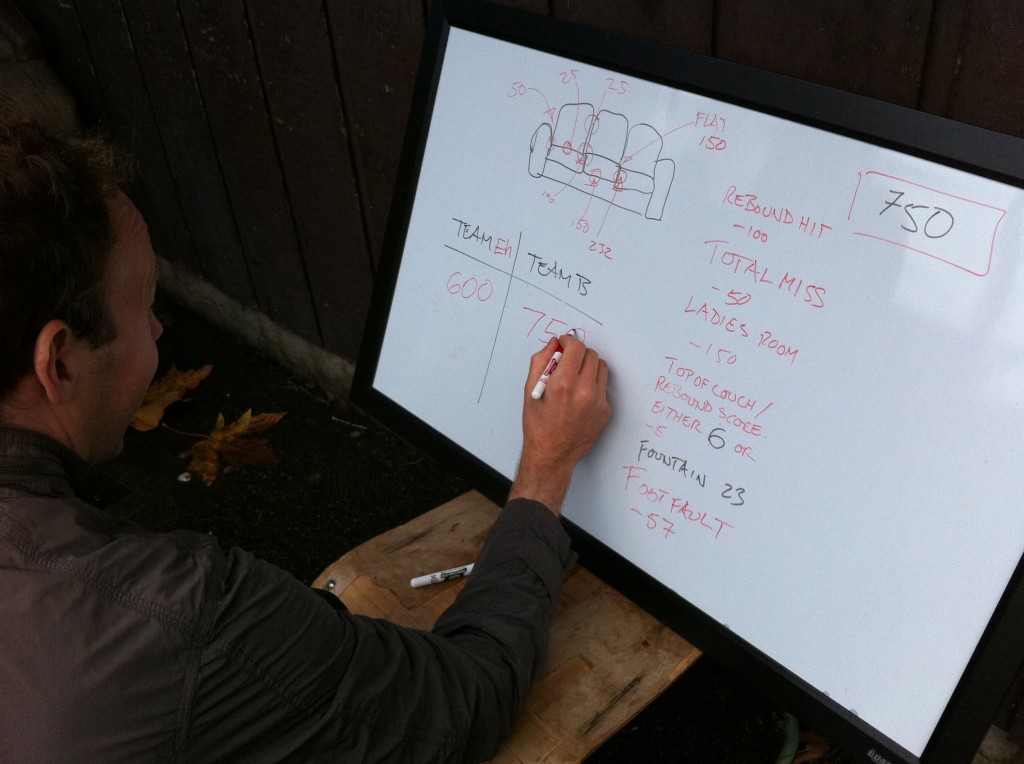 Rob Larson brought an idea about an open-source exercise activity that could be done anywhere in public: Monkeying Around. The idea, somewhat related to parkour, is that we should feel free to move playfully and in ways that don’t have to follow routines, and that the repertoire might grow as users add movements. It borrowed from capoeira some movements, the surrounding circle, and some rhythmic elements and sounds. Rob had us bounce like monkeys and crab- and bear-walk on all fours, first moving on our own, then facing off by pairs in the middle of a circle.

This is a game for as many people as you have paddles. Players are numbered, and play in order. The table is a ping-pong table without the net, or any other kind of table. Each shot must hit the table three or more times then once on the floor (rolling on the table counts as infinite bounces). If the next person doesn’t make their shot, the last person to make a successful shot gets a point. 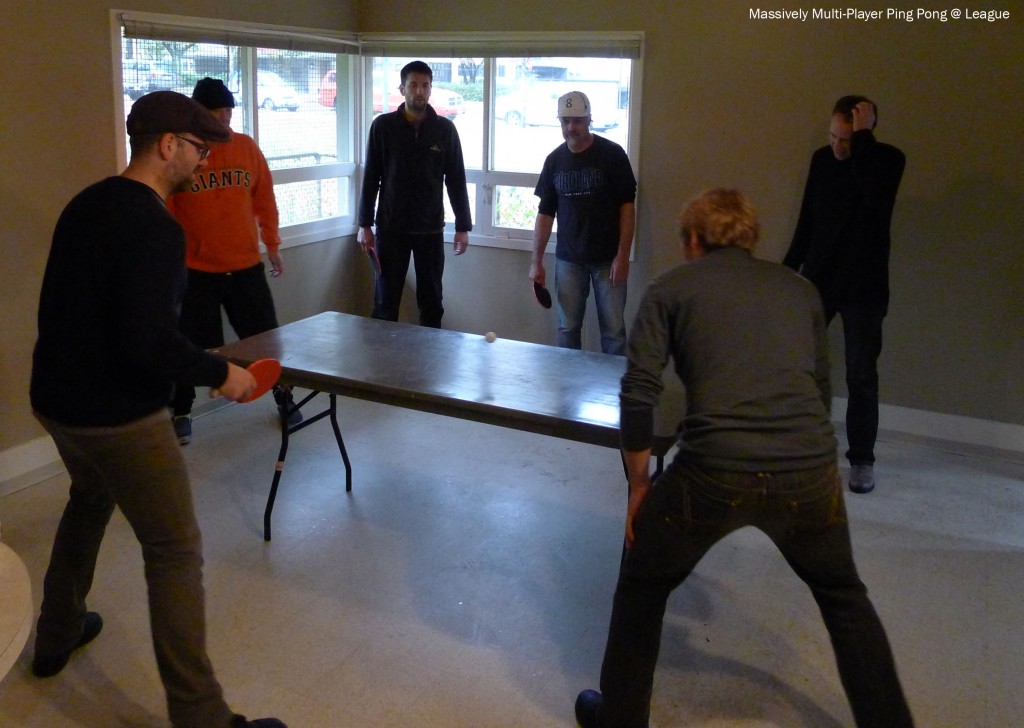